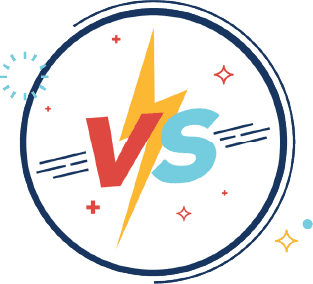 In the early days of the Internet and cable providers, download speed was a bigger deal than upload speed. You were more likely to download a document than you were to upload a video, and since most online gaming was of the role-playing variety, ping rates and latency were less noticeable. Today, with the popularity of first-person shooters and multiplayer games like Call of Duty and Battlefield, ping rates and latency can be the difference between winning and losing.

A ping is the signal sent from your computer or gaming console to the gaming servers, while latency is the time it takes gaming server to return the ping. When you have an Internet service provider that has equal upload and download speeds, there is little lag, so there isn’t that pause in the middle of the action as the systems talk to each other.

Equal upload and download speeds are also important for connected devices in the home, like smart cameras, smart doorbells, and smart refrigerators. Referred to as the Internet of Things (IoT), these devices consistently talk to servers and corresponding apps on your smartphone, so you can quickly and easily access the most up-to-date information. FiberOptic Internet from Frontier can deliver symmetrical upload and download speeds, making this real-time communication possible.

Desktops. Laptops. Tablets. Smartphones. Gaming consoles. TVs. Routers. Other than being connected to the Internet, what else do these devices have in common? Wires. Power cords. HDMI cables. Charging cables. Every device you have comes with wires, which often create a snake’s nest you try to hide behind cabinets or beneath the carpet.

That snake’s nest doesn’t get bigger with Frontier® TV. Why? Because the Whole-Home DVR supports wireless connections.*, which means you simply need to plug it in and connect it to wireless services you already have. No need to run ethernet cables around the house to access On Demand content from a TV in another room.

Since TiVo, technology has advanced, and so have DVRs, or digital video recorders. Internet providers like Frontier offer DVRs that let you record on any TV, play, pause, or rewind live programming, and store more than 300 hours of HD entertainment.

With Frontier TV Premium services, you can record your favorite TV shows and movies to watch later. That way, you can attend activities with your kids, enjoy a night on the town, read a book, enjoy the outdoors, or simply unplug for a bit, and not miss a thing. Your TV shows and movies will still be there, ready when you are.

Frontier TV and a Whole-Home DVR bring you more than the ability to store 300 hours of HD programming. You get access to Frontier’s library of more than 150,000 On Demand titles every month as well as On Demand movies.

The benefits of Frontier TV and Whole-Home DVR don’t stop there. If you have a Netflix® subscription, you can access it with the press of a button. No need to switch TV inputs, devices, and controllers. You can stay comfortable on your couch, and either choose Netflix from the Widget or Main Menu or jump to Channel 888 and start watching**.