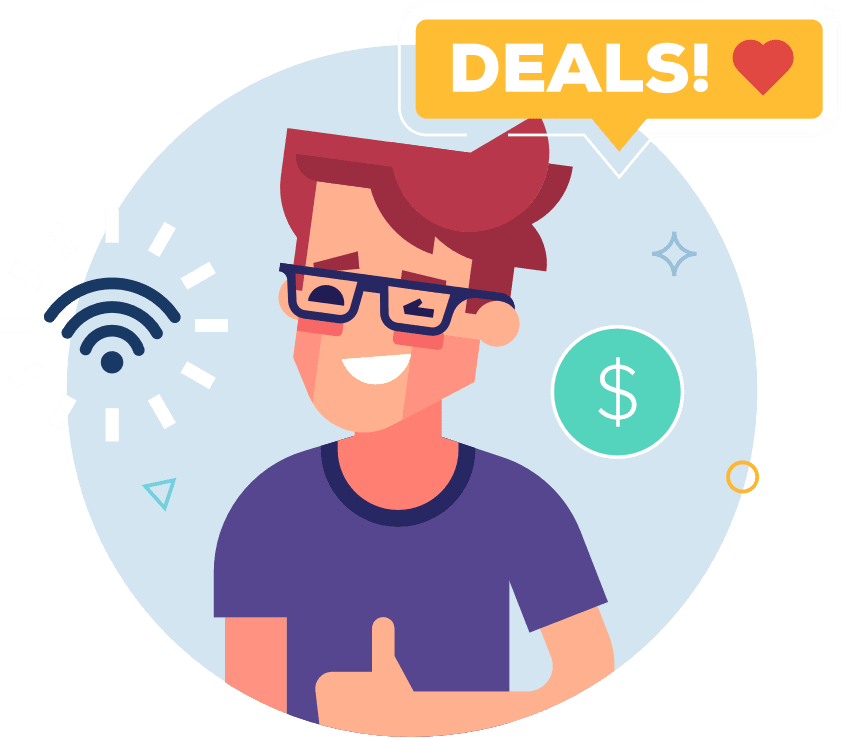 Get the Best Internet Deals and Frontier Promotions

One-time charges apply. Service subject to availability and all applicable terms and conditions. Speeds may not be available in all areas.

Enter your zip code to find your deal!

The Best Internet Deals Have More Than Just Internet

Frontier TV deals, whether DISH® TV or Frontier TV, give you the channels you want, like movies, sports, news, and family entertainment. You can add on premium channels too, or add more sports channels with a sports pack. TV deals by Frontier give you the power of variety so you can watch what you want, when you want.

With the best Internet deals from Frontier, you can add more value by bundling Internet and TV, or Internet, TV, and phone.

What else can you get with Frontier Communications?

Premium Channels on select packages are only $5 each.

Low prices on Internet that fits your lifestyle.

Latest Frontier Internet Promotions for You

Want a Nest Learning Thermostat for $99, a discount from a retail value of $249? Then check out this great Internet promotion!

Sign up or upgrade your Frontier Internet service and receive a special offer on a Nest Learning Thermostat.

The Nest Learning Thermostat operates on an auto-schedule, which adapts to the temperatures your family prefers. It will turn itself down when no one is home, and turn itself back up just before you get home. You’ll save on energy costs since your house won’t be heated or cooled when it’s empty. Nest is connected through Internet Wi-Fi to help you control the temperature in your home with your smartphone or tablet.

Security and savings more your thing? You’re in luck! Bundle Internet with select Frontier Secure products and get an additional $5 off your monthly bill.